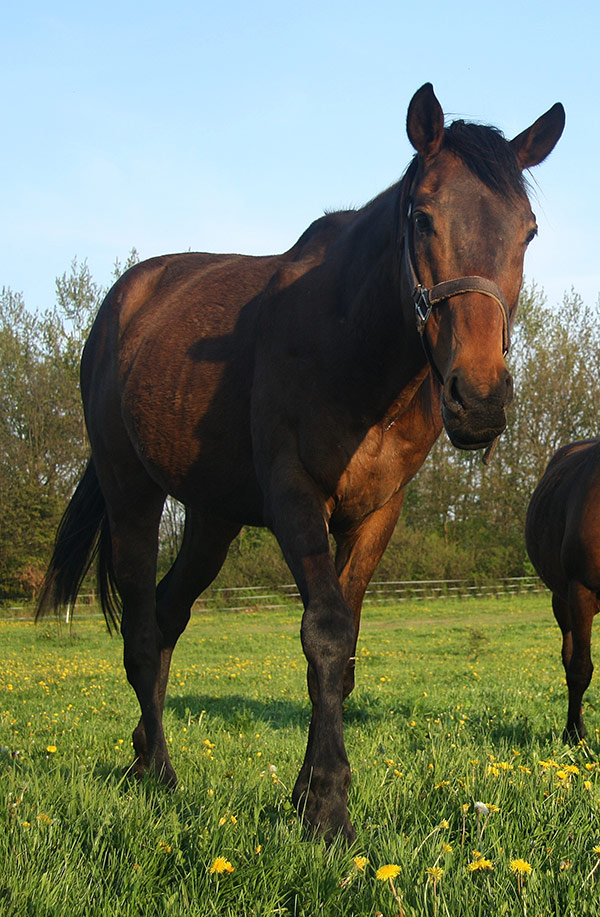 One could talk and talk about this rascal! Allegro, despite his disability, is in no way inferior to frisky Syjon or Sokol (Falcon) which, like him, stay in the shelter during the pasture season and graze on the so-called “little hill”. Deformed shoulder does not bother him while running, indeed, he even rears!

This dark coloured bay gelding suffered an injury in 2005, which caused a fracture and dislocation of a shoulder. It left him with a scar and changes in the bone.
His best friends are Amidor and Harnas and they all live in one of the smaller stables, but Allegro is a very sociable horse who likes to have fun, so you can meet him with many of his other colleagues. Also towards humans he is very nice, always comes forward to greet people and he loves to be pampered.
Allegro is our “little one”, but full of vigor – like charged electron! He has this beautiful gleam in his eyes, the great joy of life. Although he had an accident, and it was a very bad one, someone stood in his defense, someone who did not let his disability become a death sentence, and now Allegro can be proud of himself, as much as the horses are able to, when galloping he almost catches up with the powerful Syjon, or when he “competes” with Sokol, which is three times bigger than him!

He got his new name at Tara in gratitude to services of Allegro.pl which enables charity auctions on behalf of the Foundation.

He also received a new life – he is well and we make sure that he never misses anything. But without your help, it is not possible … Tara exists thanks to you, thanks to the great people who want to support us in the fight for the welfare of horses. Although sometimes this fight seems like fighting with windmills, we do not give up! We saved hundreds of horses, which were not meant to live any longer for many different reasons – most often the main reason is the man for whom the animal suddenly ceased to be a friend and has become a piece of meat – ” it broke down.” But the animal is not a toy, it’s not a car, it’s not a washing machine – you cannot get rid of it when it had an accident, when it was injured, when it “broke down” …
Allegro is a perfect example that a handicapped horse does not have to be miserable, he does not have to suffer! He lives and breathes in the same rhythm as his horse friends. He is a proud horse.
We warmly invite you to participate in his virtual adoption! 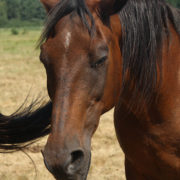